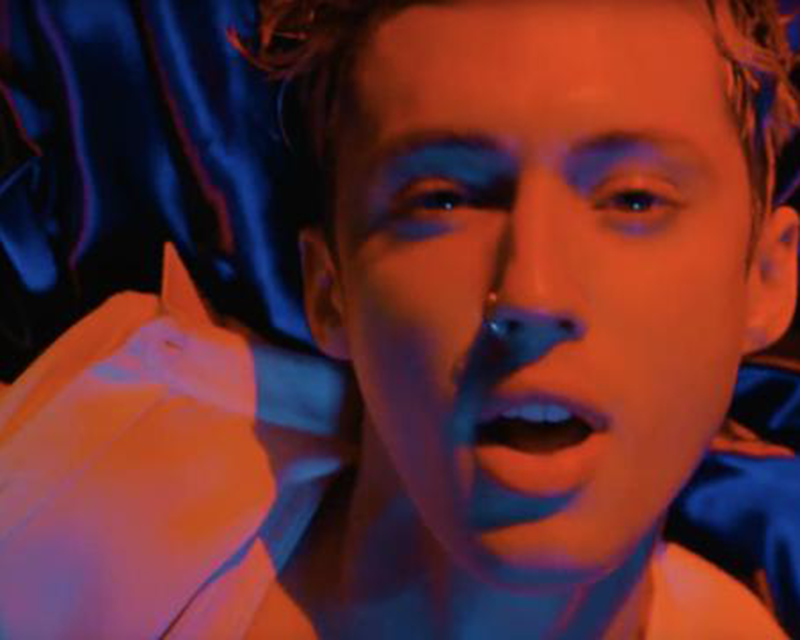 After a yearlong hiatus with the new year, Australian singer-songwriter Troye Sivan has made a remarkable comeback to music.

Troye Sivan is a South African/Australian singer/songwriter and actor that started his career through YouTube. He had released multiple original songs and EPs before his official debut in 2015 with his first studio album, Blue Neighborhood. Since his debut, Sivan has collaborated with many other musicians such as Alessia Cara, Martin Garrix, Broods, and more.

On Jan. 10, Sivan released his first single entitled “My My My!” for his upcoming second studio album. The song openly celebrates sexual desire while encompassing the genre of electronica and dance. Nine days later, he also released “The Good Side,” which is about a breakup and has a much more tender and acoustic sound compared to “My My My!” As dedicated fans are raving about his grand return to the studio, they have also been praising his new approach to his art.

“Troye is definitely experimenting with different stylistic elements with his new music and I think that it is working great for him,” says Sarah Cho (11). “I have been a big fan of him since he was a YouTuber, and it is amazing to see the progress he has made with his career.”

Not only is Sivan an eminent music artist in western countries, but is also a prevalent artist in South Korea. In addition to artists such as Zedd, Birdy, and more, Sivan performed at the Jisan Valley Music & Arts Festival on July 23, 2016. This year, he has hinted that he definitely wants to return to Korea sometime this year.

“Everyone in the audience can feel Troye’s exceptional stage presence when he is performing,” says Joyce Kim (11), a fan of Sivan who attended the Jisan Music Festival in 2016. “I could see that he does not merely perform, but he passionately enjoys every second that he is up on stage.”

As he has a prevalent music presence in Korea, he is accredited with helping relieve the stigma around the LGBTQ+ community. Sivan came out as gay on his YouTube channel in 2013, prior to his musical debut, and has been a LGBTQ+ activist since. Through his presence in the Korean music industry and popularity within the youth, Sivan has made a paramount impression in a more progressive society regarding acceptance of the LGBTQ+ community.

“As [Sivan] gained popularity to a Korean demographic through YouTube and promotion he gets for his music here, he has helped normalize the idea of a pop star who is openly part of the LGBTQ+ community,” says Hayoon Song (11), a long time fan of Sivan. “On the other hand, he is not completely defined by his sexual orientation, and still regarded as a talented young artist even in a country that is still very conservative such as Korea.”

Although there is not a lot of information that has been disclosed about his upcoming album, the fans continue to patiently wait to see what exactly Sivan has in store for his audience.