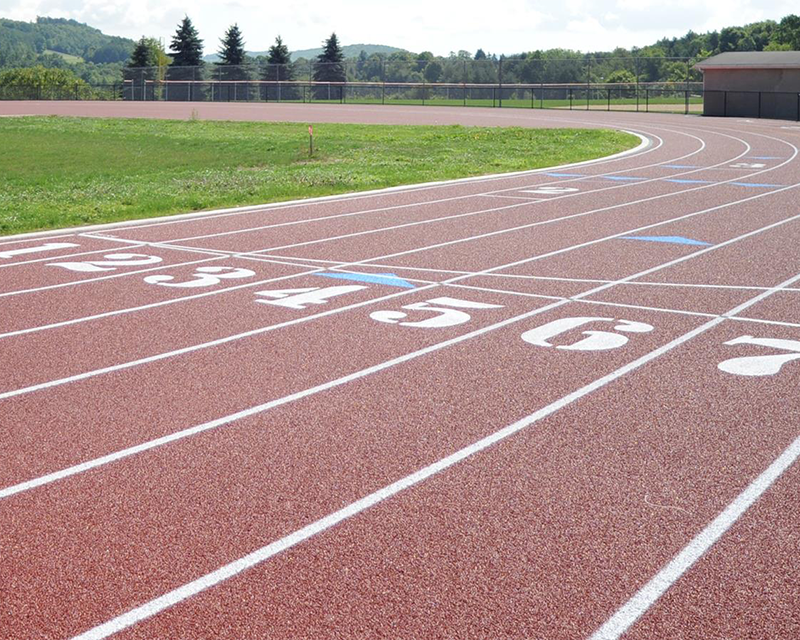 A new spring season sport has been added to SIS’s growing athletics, not yet as an official sport but a blossoming club. Created by Kevin Kim (11), Brian Lee (11), Joe Kim (11), and Jangho Yun (11), the club held tryouts on Feb. 21 with the main goal of encouraging people to show up and join the team.

“Cross-country is an intimidating sport due to the super long distances,” Joe said. “But we knew that there were a lot of great fast sprinters on the team who could benefit greatly from running a track for short distances.”

Until this year, the only running sport included cross country, but this track and field sport opened new opportunities. . In track and field, students can sprint for a very short distance, compared to cross-country where they have to run kilometers. But their goal of reaching the finishing line the fastest is still the same.

I would really like to create an opportunity for the students to do any sports they would like to do,” said Ivan Atanaskovic, athletics and activities coordinator. “Though they may not have any competitions soon, I liked to see them still enjoy the sport.”

The club meets afterschool from 3-5 p.m. on Tuesdays, Wednesdays, and Fridays to do basic exercises, drills, and workout routines that James Fischer, their coach, teaches them such as sit -ups, lunges, pushups, and more. Then, they finish their practices with some core workouts. Their first official game will be on March 17 at Humphrey’s where they will compete with schools such as Osan American School, Seoul American School, and Korea International School. They are also planning on competing in two additional games in April with the same schools.

Despite the fact that the track and field team consists of only 15 people, it wishes to get larger. Through commitment and teamwork the club hopes to appeal the merits of track and field and bring the sport to new heights.

“We aren’t expecting great times, but we are expecting a good time,” Jangho said.