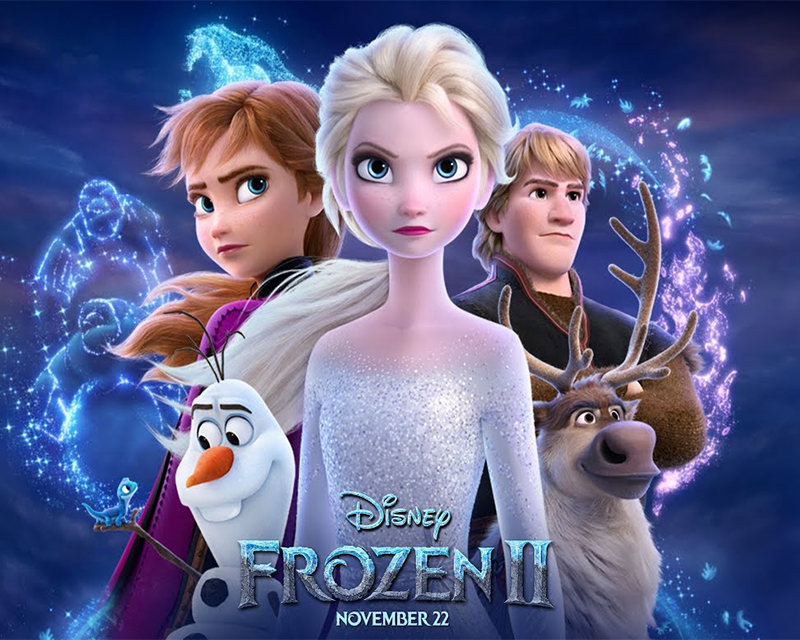 With its excellence in animation, Frozen has been a global sensation since 2013 when it was first released. The movie became one of the most popular hit animated films of this decade, sweeping over the world as a franchise with its high-quality characters, soundtrack, and merchandise. And like other popular films, Frozen received many requests from fans, who asked for a sequel to unravel unsolved mysteries from the first film. At last, six years after the first movie, Disney released the long-awaited Frozen 2 on Nov. 21 that, again, became a startling hit among viewers worldwide. Teenage viewers, who recall the popularity of the first production six years ago, are especially excited to revisit their childhood memories.

“It felt different compared to the time when I first watched Frozen six years ago,” said Hannah Kim (10), an avid fan of Frozen. “I was in elementary school back then, and I now have a different understanding of the plot as well as the characters. And it is not just me that has matured. The film has also grown deeper with more emotions and symbolisms. From my point of view, the movie became more interesting with new storylines and characters.”

Although many fans of Frozen anticipated its sequel to be similar in plot development and characters, Frozen 2 actually took a whole different path in approaching the audience. The general plot starts with Elsa hearing a voice in her mind that urges her to head toward the enchanted forest. Knowing that taking a journey toward the voice would solve the mysteries of her parents’ deaths and her source of magic, Elsa and her reliable companions head north to seek answers. Throughout the film, they fight to settle down the anger of the four elemental spirits of the forest and the conflict between two tribes: Northuldra and Arendelle. In addition to its new sophisticated theme of impermanence, Frozen 2 presents Elsa truly finding value in her power, a quality that could not be seen in the first film.

“I liked Frozen 2’s plot more than Frozen 1’s,” said Zoe Lee (10), who had recently watched Frozen 2. “After I watched Frozen 1, I was always curious about the truths of Elsa’s parents’ deaths, and I am glad the sequel had developed a separate story for it. I liked how they connected all the puzzle pieces together by developing another plot about the two tribes. Furthermore, the plot was not a repetition of the first film, but rather an extension about a whole different idea such as identity and temporariness.”

In addition to the well-developed plot, Frozen 2, again, impressed the audience with its astonishing soundtrack. Not only did the music help move the story forward, but was one of the key elements that enhanced the amusement of the film. “Into the Unknown” as well as “Show Yourself” are the two songs that already rose in popularity through social media and YouTube. Since “Let it go” and “Do You Want to Build a Snowman” from Frozen 1 left such great impacts around the world as some of the biggest hit Disney songs, the audience had high expectations for Frozen 2, and it seems as if many are contented with the well-crafted songs in the sequel.

“Almost everyone was humming the tune after they watched the movie,” said Joseph Song (10), who greatly enjoyed the film. “The songs are really addictive, and I cannot get them off of my head. I feel like everyone will soon be singing “Into the Unknown” as they did with “Let it go.” Disney chose the music appropriately for certain scenes since characters’ emotions were well delivered by the songs. Their lyrics also helped portray the specific situations and feelings.”