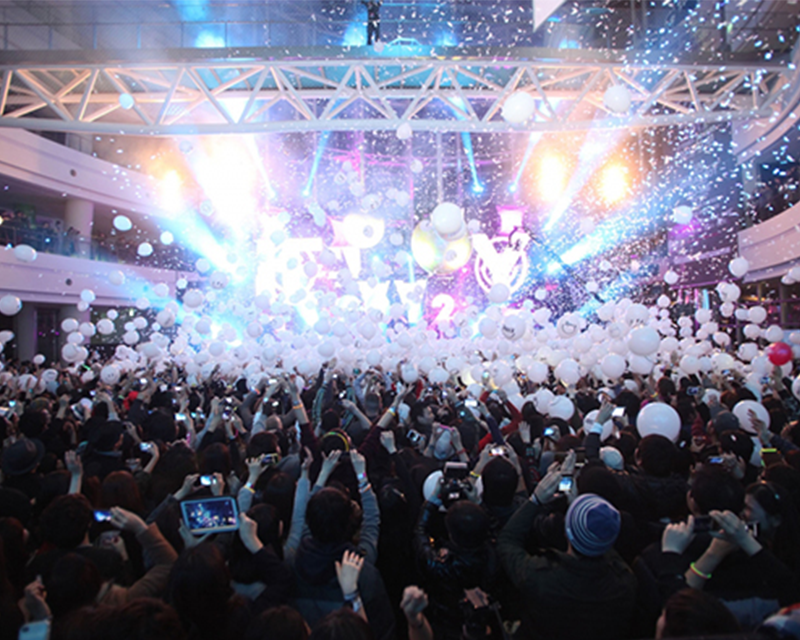 This past winter break was filled with great news and celebrations to close the decade. SIS achieved one of its highest early decision acceptance rates for seniors, which hovered a little over 25 percent. Additionally, many of the seniors became of legal driving age. Students celebrated their break off from school work and studies by going on trips with family and friends.

Some of the students this year have attended The Countdown at Time Square, which featured many different popular singers such as Gray, Yumdda, and Ph1. The Countdown was a concert that started on Dec. 31, 2019 at 11 p.m, and ended on Jan. 1, at 4 a.m., celebrating the end to 2019 and ushering in the start to the new decade. The whole first floor of the Time Square Mall at Yeondung-Po was filled with audience members cheering on their favorite artists on stage and for the new start to the decade. The spectacle was characterized by bright flashing lights counting down the final seconds of the year and balloons that fell from the sky once the clock had finally struck midnight.

“The best part of all was when the balloons fell down from the ceiling and many who had just turned legal were screaming and jumping up and down with their Korean ID cards slapped onto their foreheads,” said Claire Kim (11), an audience of the Countdown Concert.

The seniors who have turned legal took the winter break as an opportunity to get their driver’s license. Getting a driver’s license was harder and more rigid than what a lot of the seniors have imagined. Starting from a physical examination to going through an hour video education, many seniors had to trudge through long lines of other legal citizens of Korea also on their winter break. Not only did the examination end there, it also included the forty minute written test and an hour long driving course test.

“Although it took me three weeks to finally get my license, in the end, it was all worth it since I was able to celebrate my freedom of being a legal adult,” said Ryan Hyun (12), one of the three seniors who have obtained their driver’s license.

Many of SIS’ teachers, meanwhile, traveled abroad to meet their loved ones. For instance, Jessica Terbrueggen, English teacher, traveled to Florida in the United States to meet her three daughters and family. As her three daughters have gone to college, she rarely sees them during the school year, making winter break a unique opportunity to reunite.

Although the three week long winter break felt short for many, people are glad to be back in school to meet their friends. From good news to nice breaks, students and teachers have freshened up to the new start to the decade.