The Electoral College: A Threat to Democracy 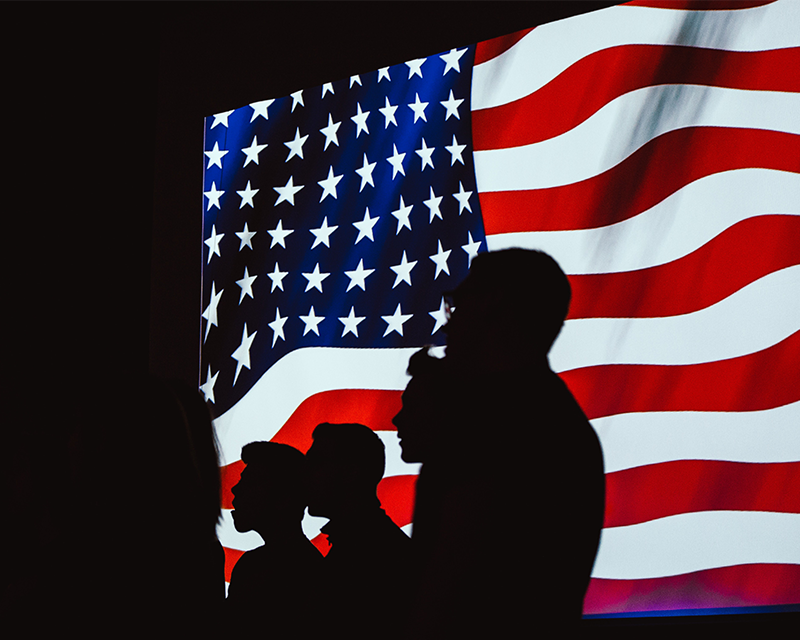 With the 2020 US presidential election coming up in a few months, voters may find it hard to find comfort in the oddness and unfairness of the Electoral College. Although countless bills have been proposed and a myriad of petitions have been signed for overhaul of the Electoral College by millions of ordinary citizens, state senators, and policy specialists alike, America is still decades away from selecting its president via a system that does not directly contradict democratic ideals.

One need not look further than the principles of the Electoral College to understand that it is a fundamentally undemocratic system that is, at best, vestigial. Affluent white men striving to allocate the most power possible for themselves and men of similar demographics, the founding fathers responsible for its conception and integration specifically intended not to create a nationwide vote of US citizens to appoint their next president. Examples of legislative and constitutional amendments serving to maximize the power and capital of Caucasian men are prevalent throughout America’s history. Take, for instance, the Three-Fifths compromise that relegated every enslaved American to three-fifths of a person to help secure more electoral votes and seats in the House for slaveholding Southern states. In short, accepting the Electoral College as is translates into accepting an outdated system promoting inequality and injustice.

Although proponents of the Electoral College contend that it ensures rural representation, and that its dismantlement would skew the US’s policies toward urban voters and big-city interests while dismissing small-town issues and rural values, a national popular vote system would accurately value rural state and small-town residents by treating them equally to city-dwellers as opposed to giving them an unfair, extra weighting. Particularly, since small-state interests are considered extensively and built into the proceedings of both the Senate and the House, the four percent of America’s population residing in the smallest states is overrepresented, being allotted at least eight percent of electoral votes. Perhaps even more importantly, the margin by which a candidate wins in a safe state secures the same amount of electoral votes, essentially wasting millions of votes as it makes no difference if a candidate garnered 5 million, 500,000, or 50 more votes to win. As a result, candidates ignore safe, non-competitive states and pour virtually all of their resources into swing states where even a 0.1 percent margin is crucial, promoting political polarization in a sense. By the same token, the votes of those in states such as Florida are more valuable just because they happen to be divided politically, further illustrating the undemocratic nature of the system: it not only allows candidates who lose the popular vote to hold office, directly contradicting the key democratic ideal that the authority of government is vested in the people, but also undermines the principle of “one person, one vote” by over and underrepresenting individuals based on their state of residence.

Whatever its potential merits, the Electoral College is an outdated and undemocratic institution that threatens to dismantle the US political system by creating increasing disparities between who wins the public and who wins the states. Although abolishing the centuries-old college is unfeasible⁠—especially given that a constitutional amendment would require the approval of three-quarters of state legislatures, and that most states would oppose being stripped of power they would not have in a straight popular vote⁠—those demanding change have yet to be deterred, and there are promising avenues to reform that are on the rise.