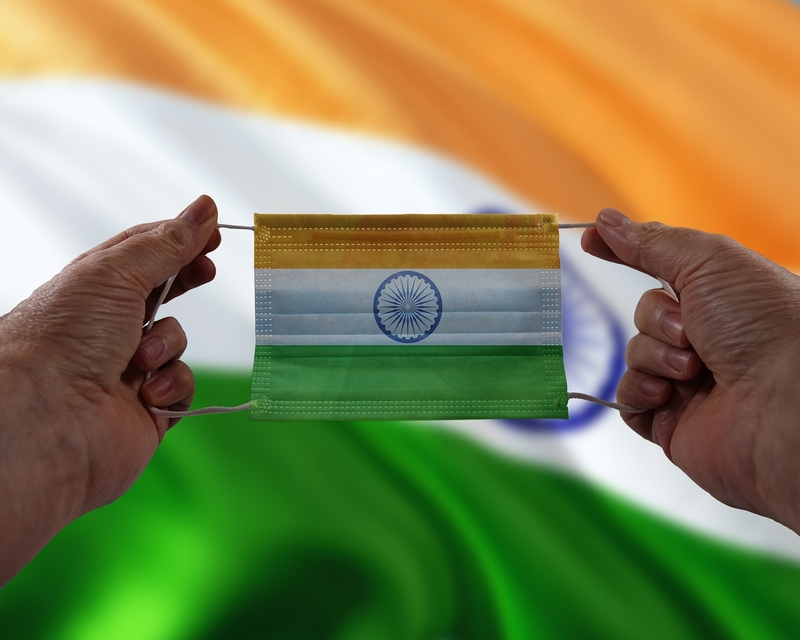 Not long after Indian prime minister Narendra Modi praised the government’s effort in suppressing the first wave of COVID-19, a second wave with new strains of the virus has devastated one of the world’s most populous countries. On May 6, 2021, India reported a new record high of around 400,000 COVID-19 infections and 4,000 deaths. As India’s health system struggles to keep pace with mounting infections, citizens are finding themselves without access to basic healthcare. The new variant is officially known as B.1.617, and scientists do not know whether the new strain is more contagious or more resistant to antibodies.

“Currently, India is facing the worst COVID-19 wave of infections and deaths as there are not enough medical supplies to help those people,” Eddie Chu (9), a member of the Model United Nations (MUN) club, said. “The government must talk with countries like the United States, Great Britain, and other more economically developed countries that would be willing to donate proper medical supplies. In the end, in order to curb the virus from further decimating the country, steps and measures need to be taken that will ensure that the citizens are being properly treated.”

Understaffed hospitals across Delhi have drowned with flooding cases of COVID-19 patients. While medical staff work desperately to funnel life into patients through oxygen tubes, many others have had to source oxygen tanks in the black market. Amid an acute oxygen shortage, prices of oxygen cylinders have skyrocketed, leaving the less fortunate to rely on donations. As COVID-19 cases continue to set new highs, India has turned to the international community for help. Thus far, 14 countries, including the United States and the United Kingdom, have sent supplies such as ventilators, oxygen tanks, Remdesivir vials, and personal protective equipment (PPE). Despite such efforts, however, infections are outstripping the pace of oxygen supplements, and death rates are climbing.

“India should have instead tackled the coronavirus crisis early on and should have imposed travel bans sooner rather than later,” Brandon Choi (9), MUN delegate, said. “New variants can have devastating effects, especially when it spreads in India, where the population exceeds one billion people. It is also important to limit the number of social gatherings, as many will lead to a rise in infections. Governments should consider enforcing strict quarantines and social distancing policies”

The second wave has hit India like no other phase in the pandemic, and many have criticized the government for remaining largely off-hands during the recent uptick in infections. Superspreader events, such as the Kumbh Mela festival, have contributed to the sudden rise in cases. On April 14, 2021, millions of Indians gathered on the banks of the Ganges river to rinse themselves in the murky waters. Further, decisions to prioritize political campaign rallies over COVID-19 safety protocols by prime minister Modi has further instigated the sudden surge of cases. In such rallies, millions of maskless attendees have been spotted standing shoulder to shoulder, not abiding by basic distancing protocols. Without proactive measures instituted by the Indian government, the COVID-19 crisis in India will incur far reaching damages than expected at the status quo. Concerns about the mutant strain of the virus have already actualized, as the new strain has been spotted in the United States.

“Many things can be learned from the crisis in India. We need to have a healthcare system that can support an entire population. Every country should have medical supplies [ventilators],” Ginna Schultz, World History teacher, said. “One thing is that we are a lot more globalized now, so it makes it easier for the virus to spread faster and more complicated to control. There may be more strains [of the virus] that come up. Personally, I think the crisis in India will not have much of an impact in terms of increasing cases in South Korea, because the government is so strict about quarantines.”