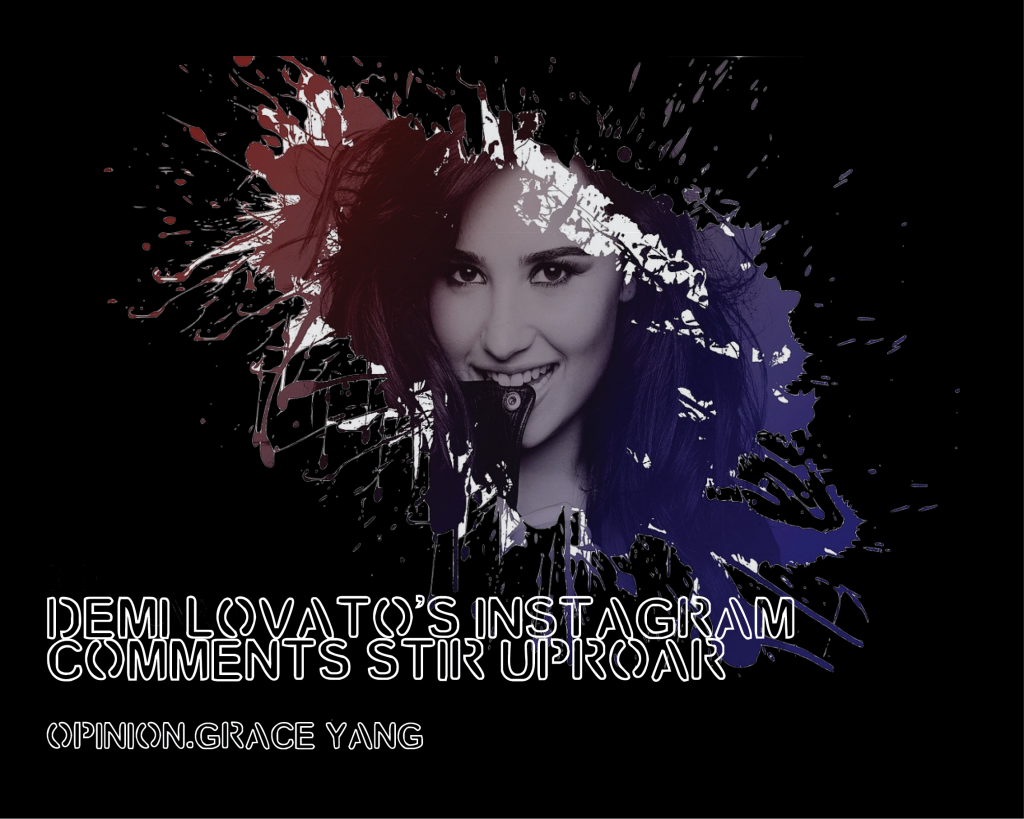 Thanks to Demi Lovato’s recent Instagram comment, it seems like one of the most universal way of fans showing their love for their favorite singers might fade into oblivion: drawing portraits. Often times, any celebrity-dedicated social network account consists of recreated artwork made with delicate touches of pen and paint by devoted fans. And most often, celebrities appreciate the painstaking efforts their fans put into the drawings.

Well, that does not appear to be the case with Lovato.

When one of her fans, Vladimir Serbanescu, a Romanian artist renowned for his recreations of celebrity photos, posted his latest refashioned artwork of Demi Lovato’s promotional shot from her new single, Lovato replied—not with a heart or acknowledgement that would make the fan’s day, but with criticism instead. The artwork did depict Lovato semi-nude, while the original photo actually covered her top with bed sheets. But to simply shout down her fan and his countless hours of work with “It is gorgeous but that’s not my body”? That becomes another story.

Granted, it is not wrong for Lovato to stand up for herself and secure the value of her own body. After all, she is at the center of her fans; she has the right to deny bubbled up illustrations of her physique and instead call for a more realistic depiction of herself. But the problem emerges when Lovato singles out a sole individual on social networking site with only a few sentences. Were she to make a public announcement of how she prefers a truthful representation of her body, then her claim would not have stirred much controversy from the public. Merely qualifying her statement by commenting that it is, undeniably, “gorgeous” cannot bring back Lovato’s dented reputation; she simply cannot cry over spilled milk.

Furthermore, what Demi Lovato did shows her ignorance towards the artistic value of an artist. Serbanescu surely was not planning on degrading one of his favorite singers. Rather, he tried to create a beautiful artwork that would blend in Demi Lovato and a mermaid into a single portrait, which in essence, did receive applause from other fans of Lovato. As evident as it is, most people were well aware that this drawing of Lovato, semi-nude and semi-mermaid, was clearly a piece of artwork with no intention of harm to her. It was not even a picture of Lovato but a sheer drawing!

Although Demi Lovato does have the right to talk about her body and how she wants it to be illustrated in media, her insensitive comments on one of her fan’s artwork seems to be slightly inapt. And there’s one thing Demi Lovato should have known: mermaids do not wear tops, indeed.