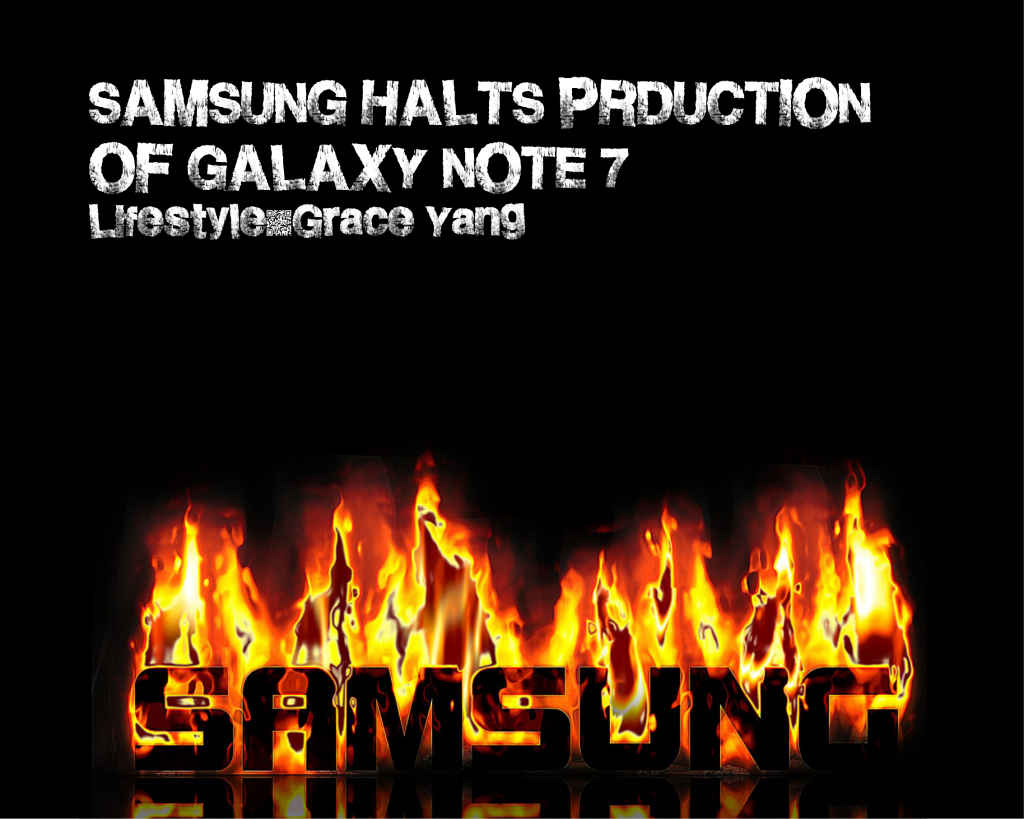 Samsung’s smartphone recall crisis has only intensified after the company declared a suspension of its Galaxy Note 7 production on Oct. 9 after 35 reports that the phone caught on fire. According to Yonhap News, Samsung decided to halt the production of the smartphone due to concerns regarding safety and its potential for more explosive damages.

Such an abrupt pause in production is a major blow to Samsung, according to Korea Herald, since the company had already announced its global recall of Galaxy Note 7 smartphones due to faulty batteries that either emitted smoke or caught on fire. Having stood as an iconic firm representing technology and innovation since the 1960s, Samsung now has to face some serious and humiliating dents in its reputation.
“Samsung is definitely one of the biggest and most innovative companies in our country,” said Jina Kim (10), a student who uses a Samsung phone. “The numerous explosions with its new product, however, do reveal some flaws. Regarding consumer safety, I think it was a smart decision for the company to quickly halt production of the [Galaxy Note 7 phones], even though there will be some economic damage. In any case, consumers should always come first.”

According to Korea Times, the new Galaxy Note 7 smartphones have called for false alarms five times since its release. For instance, on Oct. 5, passengers from a Southwest Airlines flight in Kentucky were ordered to evacuate because a Galaxy Note 7 smartphone started smoldering and making explosive noises. In fact, the latest problem with explosion on Oct. 10 with the Note 7 has already thwarted Samsung’s attempts to repair its battered reputation and resulted in severe financial penalties, causing some analysts to predict that the “worst recall crisis” in the firm’s history could appear any time soon.
“I have been using Samsung Galaxy smartphone for a long time,” said Sky Park (11), another Samsung phone user. “Certainly, phones can explode sometimes due to various conditions. But when considering the fact that this particular model has been repeatedly exploding without a fixed pattern, I do agree that there must be some problems along the whole production system.”

Due to a series of such problems, many mobile companies have either stopped or rejected the delivery of the replacement devices that Samsung has declared contains safe batteries. Some mobile companies, such as T-Mobile, stated that they planned to temporarily halt sales and exchanges of new Note 7 smartphones, while South Korea’s two largest mobile carriers, SK Telecom and KT Corp, said they were still monitoring the situation in deciding whether they should also stop their exchanges of the explosive phones.
“Most big companies don’t usually suspends their productions even if there are serious problems with products,” said Eugenie Seok (11), an iPhone user. “Although Apple never had to stop the productions due to explosion problems, I think it was clever for Samsung to immediately offer a solution instead of dragging on the problem.”

According to Joongang Ilbo, CJ Heo, a fund manager at Alpha Asset Management, expects Samsung to fully recover from the short-term damage, yet was alarmed to see it becoming an issue again. Although the halt in production of Galaxy Note 7 did not significantly impact the financial reporting of the company itself, the recurring issue of explosions seems to have spurred a global change of mindset towards the company. Despite the drawback in productions and sales, Samsung is calling for a plan that would both compensate the harms done and further prevent any more damages.