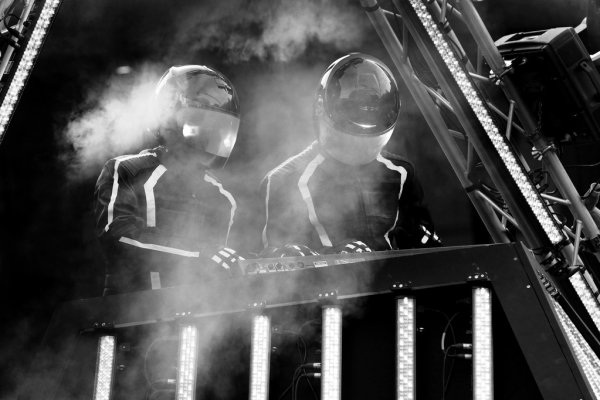 Daft Punk, the worldwide famous French electronic music duo, announced their break up after 28 years of collaboration. Consisting of […]

Daft Punk, the worldwide famous French electronic music duo, announced their break up after 28 years of collaboration. Consisting of musicians Guy-Manuel de Homem Christo and Thomas Bangalter, the duo made their debut in 1993 with their hit album “Homework,” considered to be one of the most iconic dance music albums. Daft Punk announced their split in February through their YouTube video, titled “Epilogue,” shocking their long-time fans and the general public.

“I was initially very surprised when I heard the news that Daft Punk disbanded,” said Jessica Ju (12), a fan of pop music. “I especially enjoyed their retro and disco styles of music, and it is unfortunate that we will not be able to listen to their songs anymore. However, there is no doubt that they had a big impact on the music industry for the past couple of years.”

Christo and Bangalter formed the group in 1993, pushing the genre of French house music further into the public. Their debut album, “Homework,” featured hit singles such as “Da Funk” and “Around the World.” Daft Punk was able to produce a worldwide hit song in 2013 with their retro-disco single “Get Lucky,” featuring singer Pharallel Williams and Nile Rogers. The song was from their album “Random Access Memories,” which won multiple Grammy awards, including Album of the Year in 2014.

“I remember how immensely popular the song ‘Get Lucky’ was a couple of years ago,” said Erin Lee (12), another fan of pop music. “I believe that because Daft Punk had so many iconic songs and continuously made hit albums and singles during their music career, their sudden split appeared to be surprising to their fans and the public as well.”

The electronic music duo are considered to be some of the most iconic musicians of the modern era, producing various successful songs that served as milestones in their music career. Silver helmets, which Daft Punk has worn since they made their debut, have become a signature representation of who they are. Although their sudden split has shocked many of their fans and music enthusiasts, they have been expressing their praise and honoring the duo for their significant influence in the pop music industry.