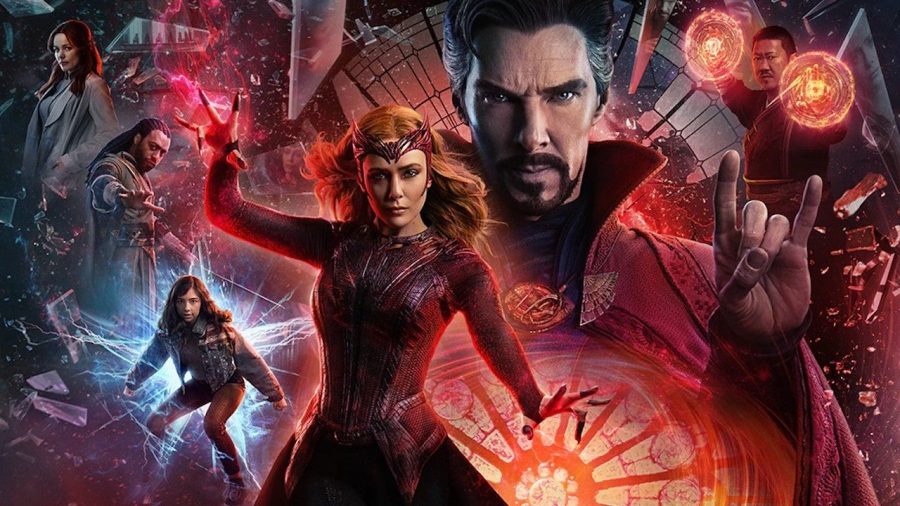 ‘Dr. Strange in the Multiverse of Madness’ brings mixed reactions

DISCLAIMER: This article includes spoilers of “Dr. Strange in the Multiverse of Madness.”

On May 4, Marvel fans were finally bestowed with “Dr. Strange in the Multiverse of Madness,” a sequel to the first Dr. Strange movie and “WandaVision.” Directed by Sam Raimi, Marvel attempted a new cinematic style for this movie by including horror elements.

Even before its release, “The Multiverse of Madness” evoked great excitement amongst fans who had waited for nearly six years after its phenomenal first movie. But despite the unanimous hype it brought, many fans had mixed reactions towards the movie.

Some aspects of the movie were top-notch, as expected––namely, the CGI. The CGI in magic-incorporated fight scenes, such as Dr. Strange fighting against using musical notes or Scarlet Witch overpowering the Illuminati, looked fluid and realistic.

Many fans approved the inclusion of suspense and horror throughout the film.

“Not only did horror make the film much more thrilling, but it also effectively portrayed the evilness and strength of Scarlet Witch,” Brandon Choi (10), Marvel enthusiast, said. “I wish to continue to see elements of horror incorporated in future Marvel movies.”

Fans also praised the climax of the film, where Wanda realizes that her two children do not desire her presence.

“I was able to strongly sympathize with Wanda’s mental anguish when she encounters her children, looking into her eyes with terror,” Jinmin Lee (9), regular movie watcher, said. “It was a heart-breaking yet effective way to delineate the end of Wanda’s ambitions for family reunion.”

Yet some elements of the film were substandard, disappointing many Marvel fans.

According to these fans, the most confusing aspect of the film was the character development of America Chavez. Although she was a main character, there was a lack of backstory regarding her home world and bond with her mothers. As a result, viewers had a difficult time resonating with her grief when she was disconnected from her mothers.

Fans were also displeased with Chavez’s abrupt growth in her superpowers.

“The film did not show the grand span of America’s superpower development throughout the movie,” Allison Lee (10), disappointed Dr. Strange fan, said. “In the fight scene with Wanda, she suddenly knew how to open a multiverse portal after hearing a motivational speech by Dr. Strange––there was no clear stimulus for her transformation.”

Another issue fans discovered was the poor character design of Scarlet Witch: she reversed all moral growth she had undergone in “WandaVision” and quickly turned evil in “The Multiverse of Madness.”

“Wanda Maximoff’s evolution seemed already complete in ‘WandaVision:’ the first seven episodes focus on a villainous Scarlet Witch, then the last two develop on the heroic side of Wanda, completing her character arc,” Kevin Kim (10), ardent “WandaVision” viewer, said. “At the end of ‘WandaVision,’ Wanda is not entirely benevolent but emerges as a somewhat virtuous character. So I was confused while watching ‘Multiverse of Madness,’ since she returns to being an absolute antagonist again, undoing the resolution of ‘WandaVision.’”

Fans expect other Marvel films planned to be released this year to have fixed flaws found in “The Multiverse of Madness.”

“I think the film’s problem in character development originated from the fact that it had to work with three different main characters: Dr. Strange, Wanda, and America,” Kevin said. “I hope ‘Thor: Love and Thunder’ and ‘Black Panther: Wakanda Forever’ solely focus on one main character so that the character arc does not fizzle out as it did in this movie.”